Footfall analytics and POI characterization through Big Data are being used by retail industry leaders to make smarter business decisions, by maximizing revenue and optimizing costs.

At PREDIK Data-Driven we conducted a detailed study of Starbucks Coffe, the largest physical store in Bangalore, India. Through a footfall analysis and POI characterization of the area and people who visited that establishment, we estimated the foot traffic, identified the most and least crowded places, classified the users who visit, live or work in the area, the observations per day, the most and least visited places by the establishment’s customers as well as their relative wealth index characteristics.

In this case study, we analyze the foot traffic and the immediate surroundings of the point of interest, with the objective of identifying the behavioral patterns of people visiting the establishment. This analysis aims to answer the following questions:

Which areas and locations have the highest concentration of foot traffic?

By generating a heat map covering the entire POI analyzed, around the Starbucks, the most prominent foot traffic areas are Shantala Nagar, Ashok Nagar, Sampangirama Nagar, and Shanti Nagar. these are the places where the highest mobility around the establishment is concentrated.

In these analyses, there are several calculations with which it is possible to identify whether the registers are vehicles or pedestrians, which helps to generate more detailed information focused on the consumers and trade market in the area.

What is the estimated evolution of visits around Starbucks?

With these analyses, it is possible to make a comparison of the evolution of visits identified during hours, months, days, and years of a POI, generating a detail of the average number of visits that helps businesses to have an idea of the market or the level of potential customers in an area, identifying seasons of high and low mobility.

The distribution by the hour, day, month, and year is an important segmentation when characterizing and analyzing a POI, since it allows: estimating the times and schedules of certain premises or locations and knowing when they are more and less crowded, estimating the average time that certain records are spent in or near specific areas, finding the times of day that are more and less favorable for implementing a product or service.

Who are the people that visited Starbucks?

With a Global Relative Wealth Index data layer, collected by Facebook, the socioeconomic levels of the inhabitants and their status were estimated. In parallel, applying spatial data analysis techniques, corporate buildings, residential areas, schools, etc. are located; the combination of these two analyses allows classifying visitors as students, workers, residents, or “floating or instant population”, i.e. people who only transit through that area to reach another location.

What other locations are preferred by Starbucks visitors?

These analyses go into such detail that they allow us to identify and understand visitor behavior patterns and thus observe which are the potential markets, the places that generate the most interest, and their preferences.

Request a free DEMO or schedule a free call 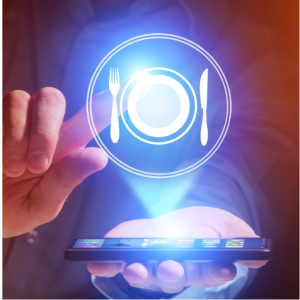